Check out the #DL2019 Boardie Takeover

The Boardie Takeover in The Doghouse on Thursday night at Download 2019 had us moshing harder than we’ve ever moshed before to the sickest up and coming bands in rock and metal.

Check out a review of the takeover by Download boardies Gary Trueman and Mark Bestford of Devolution Magazine, including awesome live shots by Ryan Hickson Photography.

There’s something about Donington Park that is magical – and for many, The Doghouse is where Download truly begins. It’s a testimony to the fans that they have filled the tent for every band’s set, which shows how much the ‘Takeover’ means.

Hundreds of acts applied to take part this year in the newly expanded Boardie Takeover. For seven, this is a dream came true…..

Welsh rockers Häxan kick off this year’s Boardie Takeover with a storming set to an almost full house.  New drummer Jess Hartley sounds like she’s been with the band forever, such is the smoothness of fit with bass ace Harriet Wadeson. It’s the solidness of the rhythm section that allows Sam Bolderson to really let rip on guitar, which she does with some style.

With powered-up vocals and killer riffs, Häxan bring their thunder to The Doghouse. 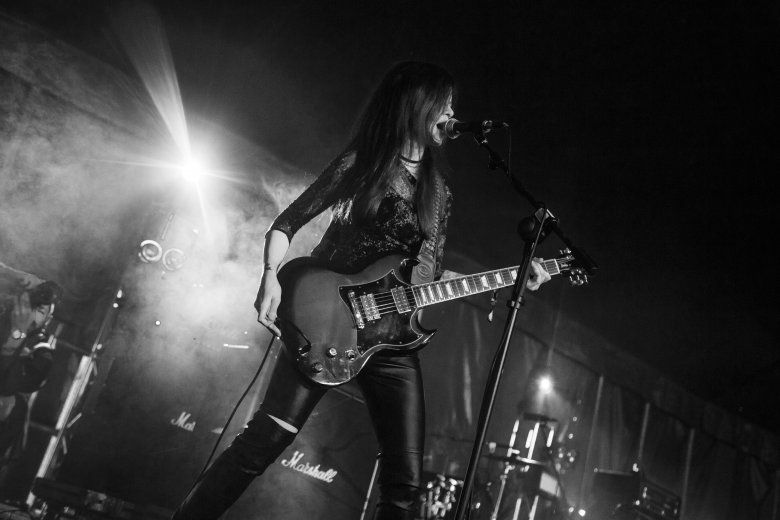 They may turn it up to eleven but Dead Man’s Whiskey are no Spinal Tap. This is a show full of those little quality moments that set bands apart. The guitar interplay is near psychic in its execution and front man Nico Rogers has enough energy to power a small town.

The crowd are lap up every note up proving that, contrary to what some may say, rock is very much alive and people want it more than ever. Dead Man’s Whiskey are more than happy to give them what they want. 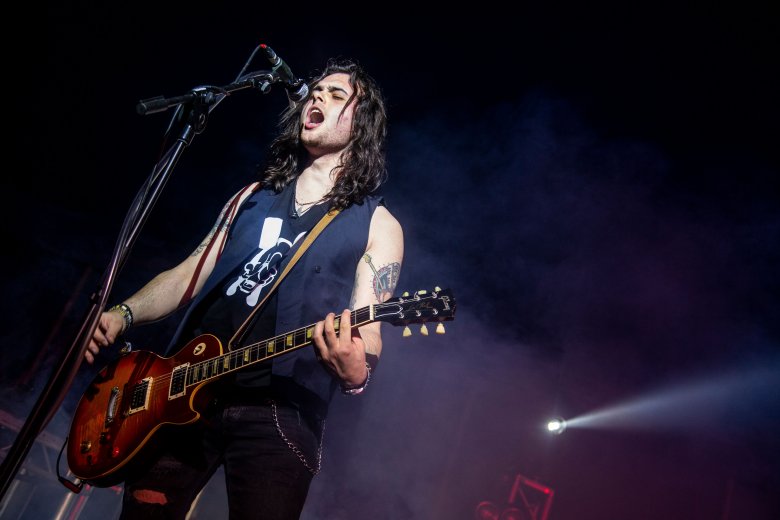 They’ve driven all the way from Cornwall to play in a tent full of rock fans and O’Deus don’t disappoint at all with their fresh brand of rock. The band somehow manage to take traditional guitar driven hooks and melody to somewhere new and exciting and that’s no mean feat. Singer Amy Abbott  ensures there’s plenty of firepower coming through the mic too.

Cornwall might well have produced its best export since the world discovered the pasty and given us new rock Gods to worship. 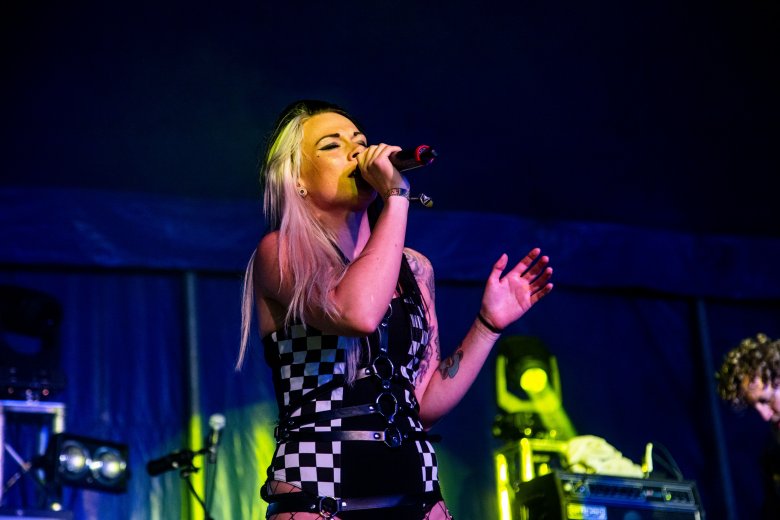 Young, fearless and with more oomph than an Energiser bunny – Sweet Little Machine simply take your breath away. How is it possible for a band that look like they were in school uniform not that long ago to be this good, and this professional?

It’s not just the catchy tunes or the tight delivery that you first notice, it’s the staggeringly confident stage presence that makes your jaw drop. In a tent full of music fans they rise to the occasion, seize the moment and own it. 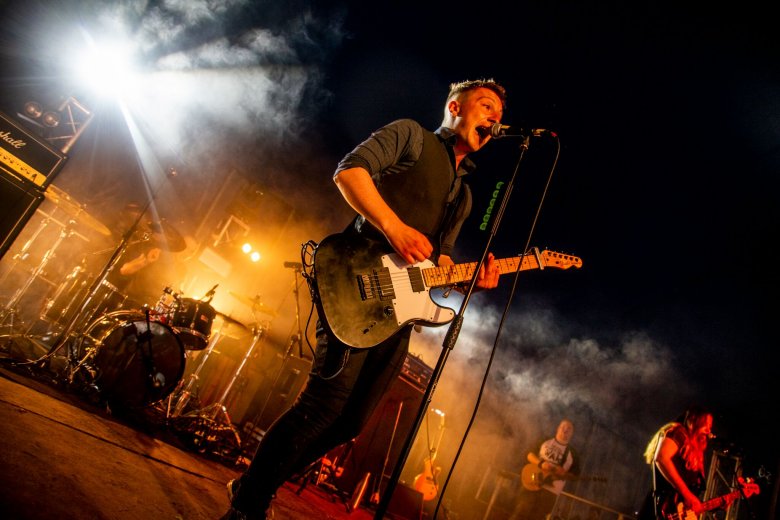 If you ever wanted to know what Killswitch Engage might have sounded like if they’d started out as a Nu Metal band, stop looking right now as you’ve found the answer in Neshiima.

Liam Hesslewood raps and growls his way through a tight set of music that just gets better the longer it goes on. They even manage to get guest vocalist Renny Carroll up on stage with them for ‘Here Forever’.

This four piece from Scotland may have come a long way to play the Boardie Takeover, but there’s no doubt that they’ll have much further to travel in the future. 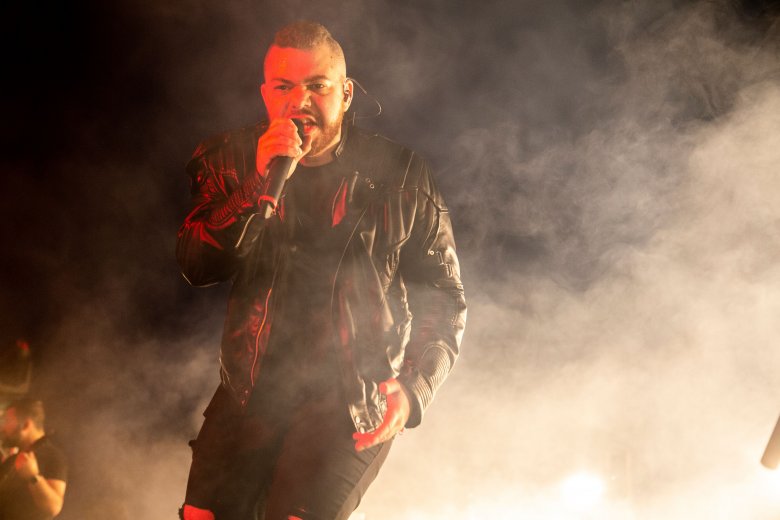 Johnathan Woods-Eley manages to get not just the festival’s first circle pit to open up, but also the first wall of death. Melodic metallers The Five Hundred put on a immense show that sends the crowd into a frenzy.

It’s the ease with which they control the crowd that makes them stand out –  Johnathan orchestrates the crowd to his whim like a puppet master. It’s fast and technical and for half an hour the crowd can only think of the band. 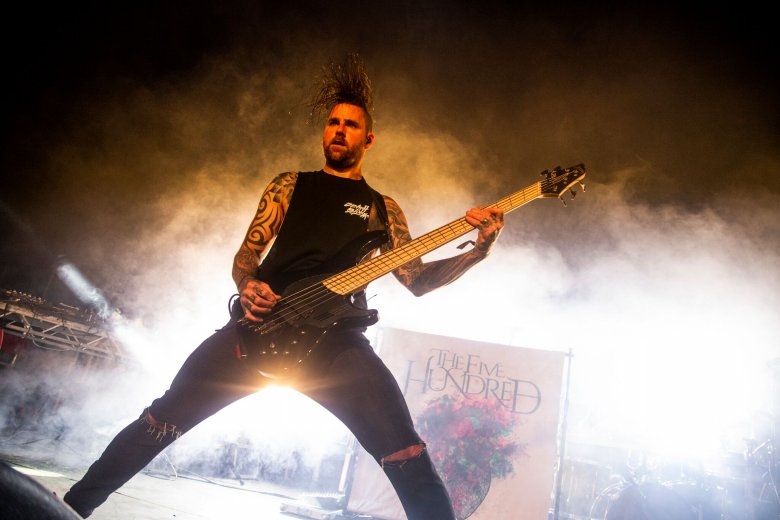 It’s a tough call to close the Boardie Takeover after so many great bands, and it falls to melodic metalcore band, THECITYISOURS, from London to do just that. They don’t disappoint either as they bring their unstoppable energy to the tent.

Sam Stolliday brings his screaming vocals to the fore, extolling the crowd to open the mosh pit wider. While the twin powerhouse of Jamie Roberts on bass and Louis Giannamore on drums, pair up with Stuart Mercer on guitar to make it a very loud ending to the night.

The city may well be theirs and now they own The Doghouse too.

THECITYISOURS and the six other bands that played, along with the dedicated Downloaders, once again made the Boardie Takeover a special event. 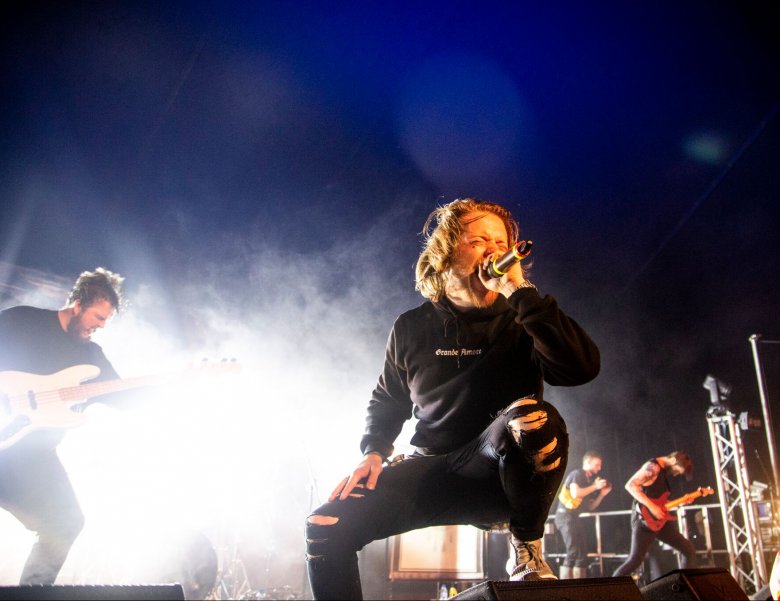 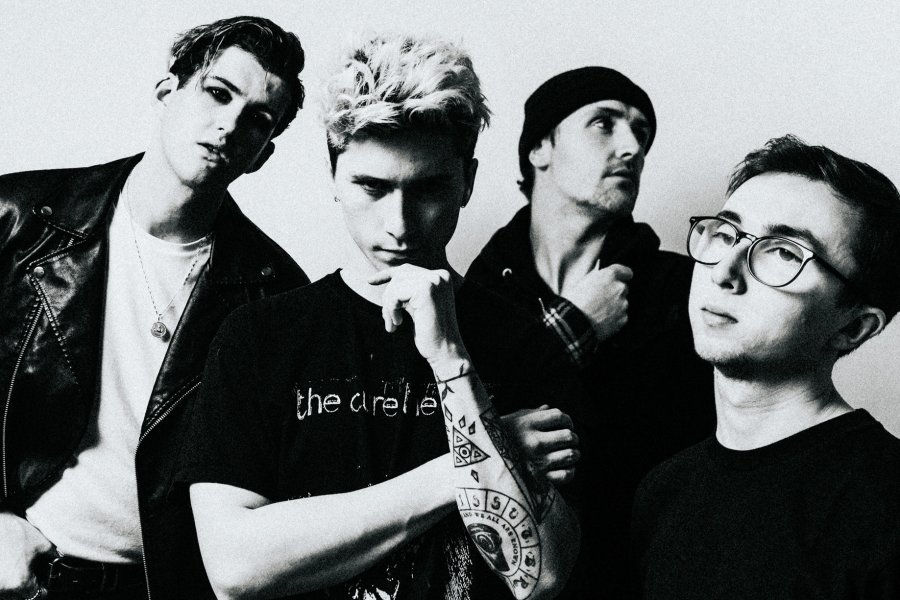 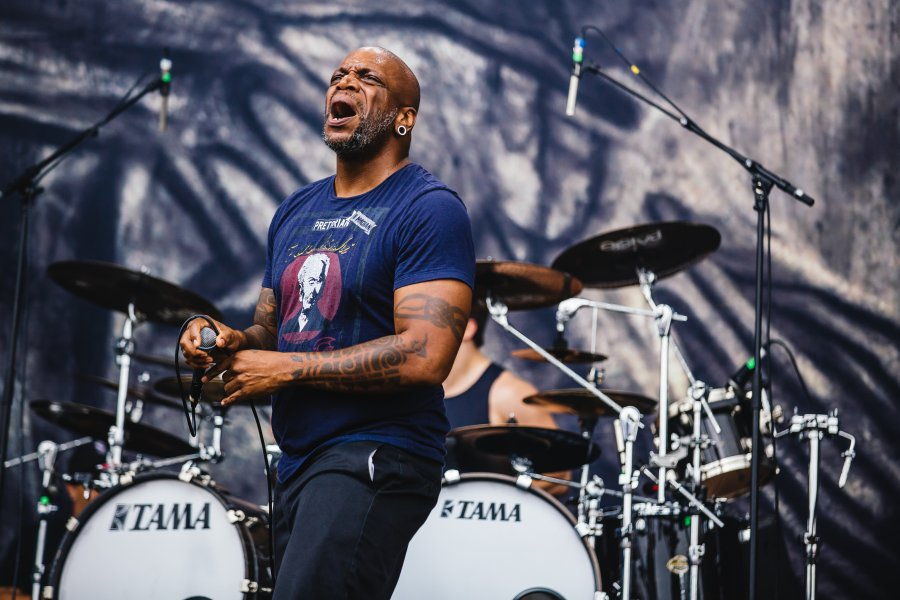 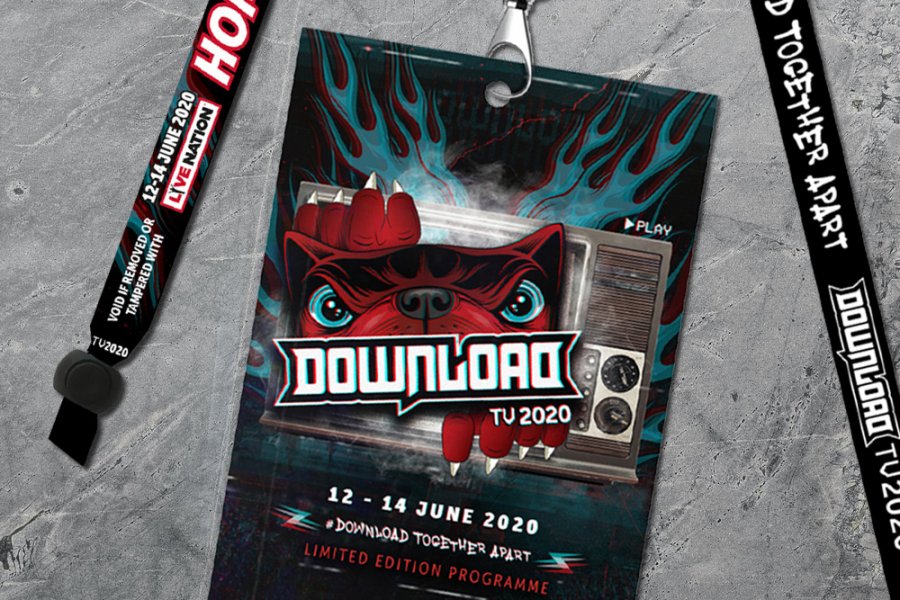 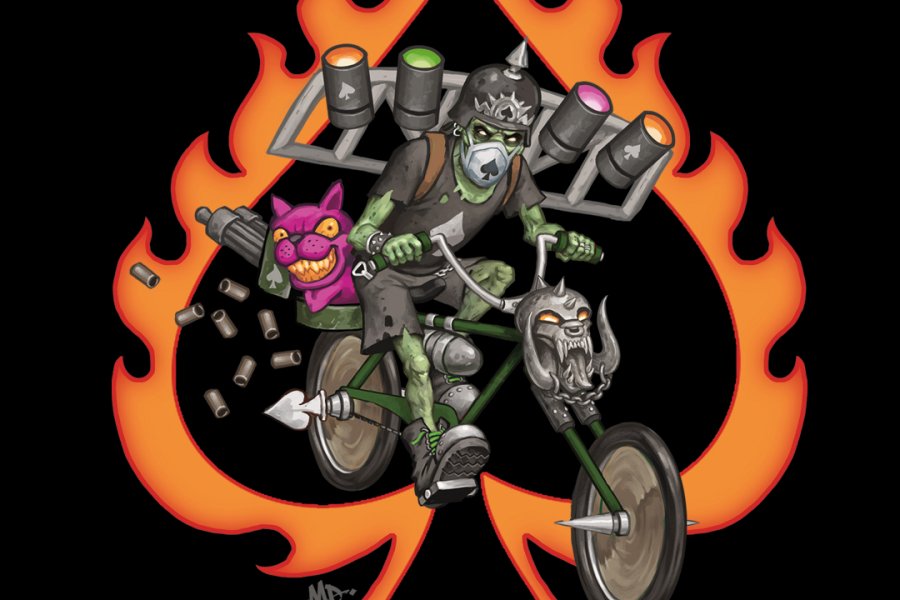