Friday kicked off Download with all the oomph you’d expect from a festival that lives, eats and breathes rock and metal. Here are a few of our favourite moments to give you the ultimate FOMO from day 1 of #DL2017. 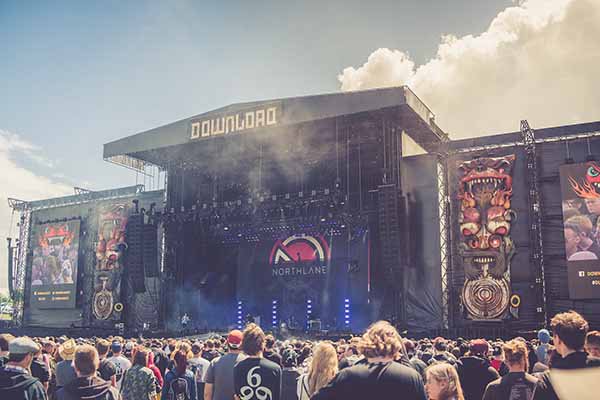 When a series of low-end pulses rippled through the crowd, they knew Northlane would be opening up the Main Stage in style. The Australian quintet showed DLers exactly what they’re in store for this weekend – blasting out their punchy and thunderous picks from the likes of ‘Paragon’, ‘Solar’ to ending on ‘Quantum Flux’. 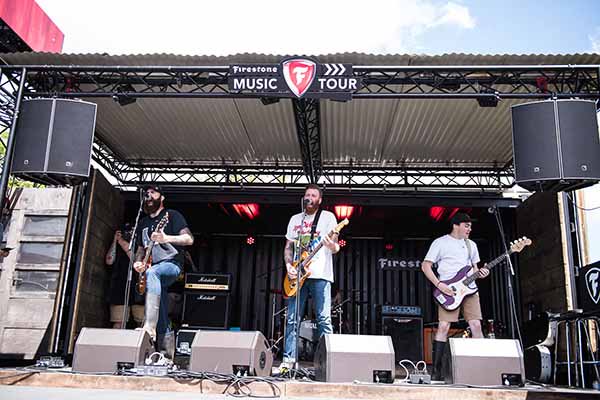 Four Year Strong’s first appearance of the day came on the intimate Firestone Stage. Treating the overspilling crowds to wall-to-wall anthems, the Massachusetts quartet reminisced with hits from their sophomore album, ‘Rise or Die Trying’. It’s clear that love was in abundance for the band, with crowd surfing, jumping, chanting and phones held up high. Ending their performance with ‘Wasting Time’ it’s clear to see that pop-punk has earned its rightful place at Download.

If there’s one way to make an entrance on The Avalanche Stage, it’s to be introduced by one of the biggest names in WWE NXT, Aleister Black. Code Orange are no strangers to the stage; since forming in 2008 under the name Code Orange Kids, the destructive band have brought their blistering metalcore to audiences across the world.

Their performance at Download 2017 was nothing short of spectacular as they lived up to their title of one of the most anticipated bands of the weekend. From the crushing sounds of ‘Forever’ to ‘My World’, and all of guitarist Eric Balderose’s electronic interludes, this is going to stay in DLers minds for months to come. 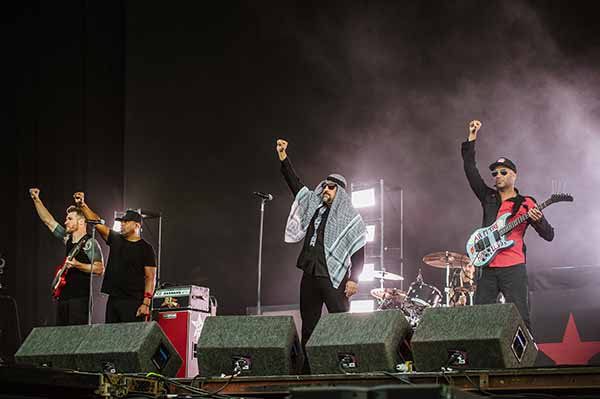 There aren’t many bands who are an amalgamation of some of the biggest names in recent music history, but that’s exactly what Prophets of Rage are. The fifteen song set from this supergroup kicked off with the Public Enemy cover the band’s name is derived from. Ramping it up a notch as they settle in to their first ever UK show on the Main Stage, the band lurch into Rage Against The Machine’s, ‘Testify’ and ‘Take The Power’.

Tom Morello is a name that stands out in the music world, and his stage presence is unprecedented. Flipping his guitar upside down to reveal a strong political message and plucking the strings with his teeth.

Paying homage to the legendary Chris Cornell mid-set was a loving touch from the rap rock group. The crowd were waiting for it, we were waiting for it; Prophets of Rage ended their performance on a high with a sea of middle fingers chanting, “Fuck you, I won’t do what you tell me“.

With a set packed with songs from their seminal debut, ‘The Young and The Hopeless’, Good Charlotte took to the Zippo Encore Stage for their long-awaited debut at Download.

Kicking off with ‘The Anthem’ before diving into ‘The Story of My Old Man’, ‘Riot Girl’ and ‘Girls & Boys’, the Maryland quintet fronted by the Madden brothers set the tone for the remainder of their set.

We all know Download is a special place, and Joel took to the microphone to declare his love for the festival and the UK. “The UK is a special place for us, some of our best shows have been here, and some of our favourite bands are from here. Frank Carter and the Rattlesnakes, Architects and Black Peaks.”

The crowd interaction didn’t stop there either. “Where were you in 2002?’ Joel screamed. ‘Were you hopeless? Were you young?” Another seemingly perfect transition into their early millennial hit, ‘Young and Hopeless’.

With an abundance of hits included in their set, Good Charlotte are at their best in front of a crowd lapping up every lyric.

If there’s a song to kick off Sum 41’s Download 2017 appearance on the Zippo Encore stage, it’s ‘The Hell Song’. Pulling ecstatic crowd members onstage to enjoy the experience alongside them. The Canadian veterans pulled out the big tunes with big bursts of punk-rock fun, including a cover of Queen’s ‘We Will Rock You’ and ‘Pieces’, with a ‘Seven Nation Army’ riff thrown in for good measure.

It’s hard to believe that Sum 41 have been a band for 21 years, because they don’t feel old or aged. Thanking new friends and welcoming new ones to the family, DLers raised their hands in the 41 finger salute. Ending their set on a high, the classics came out to play. ‘In Too Deep’ followed by ‘Fat Lip’ rounded off their performance with energy exuberating from them.

System Of A Down 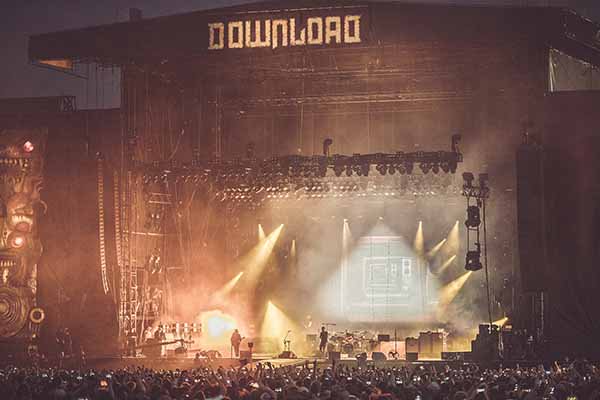 Download 2017’s first headliners came in the form of the Armenian-American rockers System of a Down. Their two-hour set washed away any doubts that onlookers had about them taking the top spot, as Serj was his typical eccentric self.

Six years since they last made an appearance at the festival, SOAD are still on top form, drawing on their expansive back catalogue and gaining hype around new unreleased songs. Coming out to ‘Solder Slide’ and effortlessly transitioning into ‘Suite-Pee’ and ‘Prison Song’, it was ‘Violent Pornography’ that saw the crowd bouncing and chanting the lyrics back at the top of their voices. Their singing style is contagious, it’s extreme, and it’s a little bit bizarre at times – but it’s utterly captivating to watch.

Their 30-song set never felt rushed and there were atmospheric builds and wicked grins that solidify System’s place as metal royalty. Closing on the insane ‘Sugar’, the crowd lapped up the last of the charismatic band, with many hoping to see them return to the Download stage again soon.