The last day at #DL2018 saw the sun beaming down on the DL family and ultimate rock legend Ozzy Osbourne making a welcome return to the Main Stage.

Here are all of the most rocking highlights from the Sunday at Download 2018. Already missing Donington? Don’t forget tickets for Download 2019 go on sale at 10am this Wednesday 13th June.

Smashing expectations is what LA quartet Bad Cop Bad Cop, with their fast paced energetic punk, do best and that’s exactly what they did when they took to The Avalanche Stage hosted by Kerrang! Radio. Opening with ‘I’m Done’ the rebellious riffs rumbled around the tent so quickly it was impossible for anyone to stand still.

Stacey, Jennie and Linh’s voices all blended together into one powerful weapon, but sounded as equally lethal when belted out on their own. The sets flew by at breakneck speed as they struck out ‘Warriors’ with its killer bass line, ‘Victoria’ about a girl the band lost and the ska tinged ‘Cheers’. Bad Cop Bad Cop arrested everyone’s attention at #DL2018. 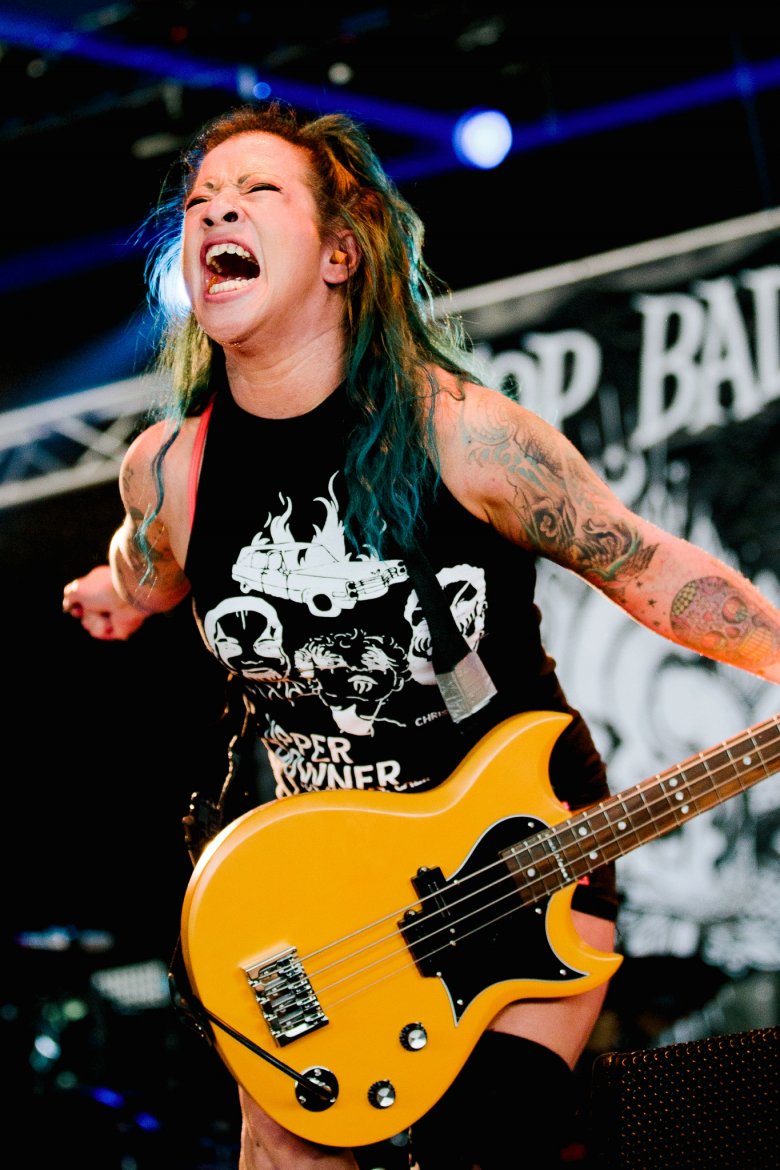 In This Moment are a band who proudly “embrace the crazy” and on Sunday afternoon on the Main Stage they did just that with outstretched arms.

Opener ‘Blood’ began their epic set as front woman Maria, standing in front of a black pulpit adorned with a white cross, let out a primal scream of words dripping in rage. The techno thrash of ‘Roots’ saw Maria join another black cloaked figure to reach, in a chilling mirrored unison, up to high up heaven and then down to hell.

It’s these theatrics that made In This Moment’s set so utterly compelling. ‘Big Bad Wolf’ saw Maria prowling down the runaway towards the crowd in a wolf mask with fake bloodied knees, and on closing track ‘Whore’ she screamed with all her might from behind the pulpit as a red caped figure held a placard with the word ‘shame’.

The sets biggest highlight came when DED’s Joe Cotela joined Maria for the stompingly raw Billy Idol ode, ‘Black Wedding’, with their voices blending seamlessly together. In This Moment were a spectacle not to be missed. 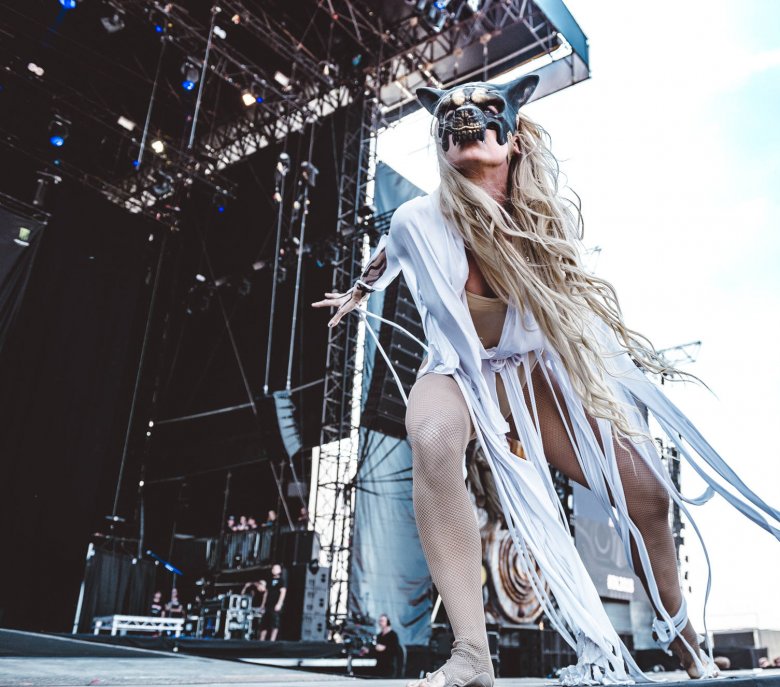 BvB fanatics rejoiced at the Main Stage as the Ohio goth metaller’s set took a rollercoaster ride through their 12 year history. Opening with the rapid riffs of ‘Faithless’, from their 2014 self-titled album, they raced back up to date with the defiant ‘Coffins’ from last year’s ‘Rebel EP’.

Playing the achingly catchy ‘Rebel Love Song’ and first single ‘Knives And Pens’, it was clear that this was a set for the fans. The crowd fist punched in unity to screams of “we are the fallen angels!” with the band showing they were with them all the way. As ‘In The End’ galloped in like wild horses to close the set, with chants of ‘oh oh ohs’, Black Veil Brides were once again at one with the Download family.

Jamie Lenman is one of the UK’s most loved and respected singer songwriters and, as he stepped on stage with just himself, a guitar and a drummer, you can see why. With a pedal at his feet, Jamie created the bass lines and proved with opener ‘Hell in a Fast Car’ they’d be nothing stripped back about his set.

From ‘Waterloo Teeth’ through to the upbeat riddled ‘All Of England’, Jamie sounded just as ferocious and uncompromising as he does on recordings. His brand new single ‘Long Gone’ showed us his screaming capacity and he even played an ode to his old band Reuben, who played the main stage 10 years ago,  with ‘Every Time a Teenager Listens to Drum and Bass a Rockstar Dies’.

Jamie is cited as a major influence for so many bands currently making music, but it isn’t until you see him live that his spark really comes out. 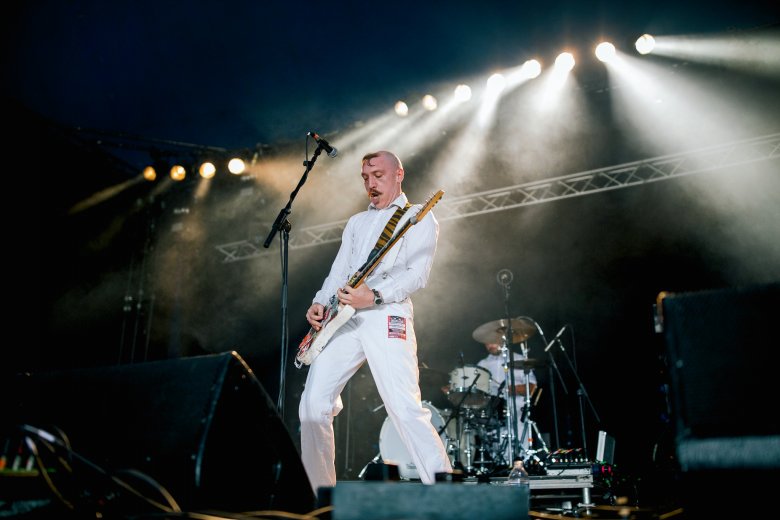 After a pretty long break from performing in the UK, Alexisonfire made their return to play Zippo Encore Stage and took everyone back to 00’s hardcore heaven. Low chugging guitars teased the crowd before the band charged into the guttural thrill of  ‘Young Cardinals’and it was like Alexisonfire had never been away.

George’s screamed vocals mixed in perfectly with the beautiful croons of Dallas Green and the low rumbles of Wade MacNeil. The band raided 2006 classic album ‘Crisis’ as they played out the unbridled energy of ‘Boiled Frogs’, the hardcore detonation of ‘We Are The Sound’ and ‘This Could Be Anywhere In The World’ with everyone screaming, “because this city, this city is haunted” with all their hearts.

Alexisonfire may have been away, but they’ll always have a home at Download.

Marilyn Manson returned to Download Festival and to resume his reign as Donington’s resident Antichrist Superstar. With Manson it was never going to be a traditional show as the shock rocker delivered a fully immersive experience from the first moment he growled into the microphone.

‘Irresponsible Hate Anthem’ opened and it was clear that the industrial electronica, which often bubbles through his recorded material, would be swapped for aggressive guitars and crashing drums. ‘This Is The New S**t’ roared with unprecedented rage and the grubby glam of ‘Disposable Teens’ got the huge crowd fist pumping.

Manson’s stage presence was as electrifying as the lightning bolt adoring the podium on the stage. He showed he was one of us as he joked before ‘Deep Six’, “thank you for coming out in daylight – the opposite of our lives”. ‘KILL4ME’ saw him luring a fan onstage brandishing a flag of the same name, and for ‘Say 10’ he magnified his already looming stature by donning a opulent black feather coat.

Braving daylight to return to the stage once more for an encore, he blessed the crowd to ‘The Beautiful People’ with Cradle Of Filth’s Dani Filth providing extra screams for the chorus. Closing with Lost Boys’ cover ‘Cry Little Sister’, Marilyn Manson showed us why he is still the self-proclaimed God Of F**k. 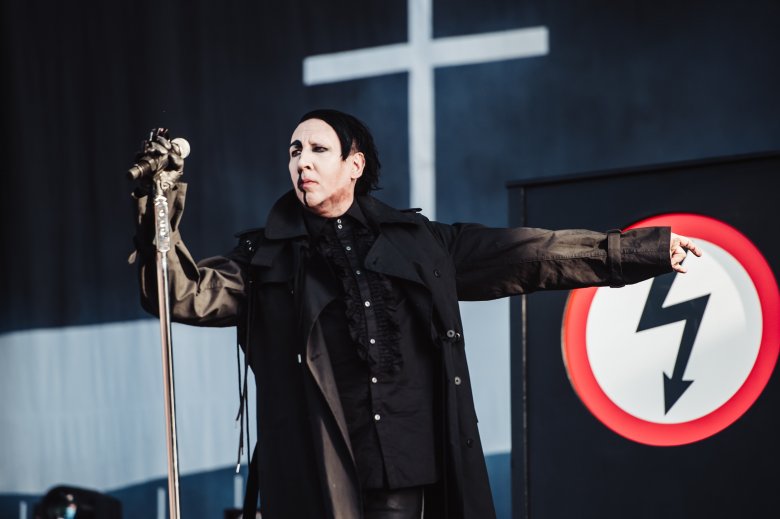 There’s something truly captivating about The Hives,  their full throttle garage punk is guaranteed to get everyone jumping without having to ask for it. The Swedish five-piece are renowned for their flamboyant dress code and, despite the sun beating down on Donington Park, they stepped out in  black and white checkerboard style suits showing a true commitment to their art.

The band wasted no time taking things up a notch as the recognisable guitar line of ‘Walk Idiot Walk’ kicked in and front man Pelle, finding the confines of the stage to much, clambered on top of a speaker to address the crowd. The Avalanche Stage hosted by Kerrang! Radio was the perfect setting for the band as the sounds bounced off the sides, making every note sound even more intense, as older tracks like ‘Main Offender’ and ‘1000 Answers’ got the special Download treatment.

The Hives have been a band for 25 years so they know exactly how to put on a show from the songs they play; to the way they address the crowd while still managing to stay fresh. Latest track ‘Paint A Picture’ was fast-paced, with tight fretwork from guitarists Nicholaus and Vigliante,  whilst things exploded with the raucous ‘Tick Tick Boom’. The Hives made sure the Avalanche Stage hosted by Kerrang! Radio was brought to a fitting close. 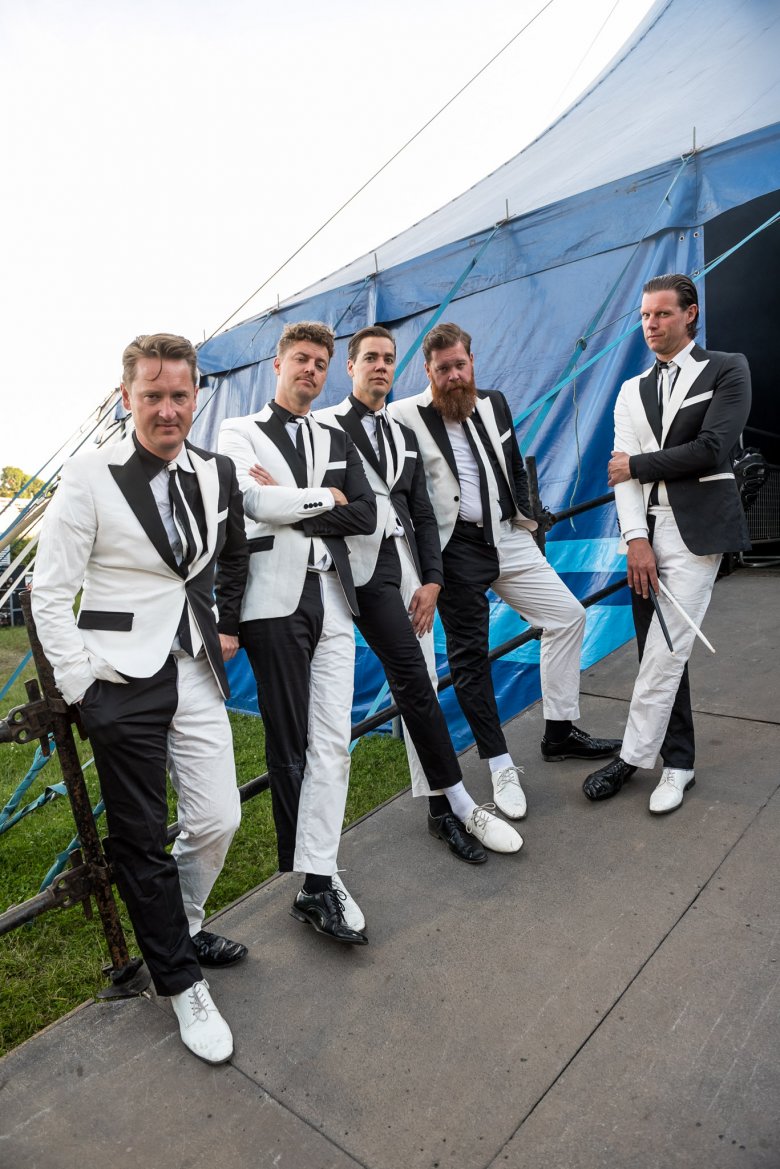 Ozzy Osbourne returned to his rightful place on the Main Stage to close an unforgettable weekend of rock with a legendary set. As a video montage of his best moments throughout the decades played out on the screens, from  a photo of baby Ozzy, to vintage clips with Black Sabbath to his 80s Blizzard Of Oz days,  the anticipation of The Prince Of Darkness’ arrival reached fever pitch.

“Let the madness begin!” Ozzy shouted as he  took to the stage and dove headlong into the familiar razor sharp riffs of ultimate classic ‘Bark At The Moon’.  Ozzy’s voice was as powerful as when he first sang Sabbath’s ‘Evil Woman’ in ‘69 . Pacing the stage in true Ozzy style, he kept the 80s classics coming with a ominous ‘Mr Crowley’ and a furious ‘I Don’t Know’.

No Ozzy set would be complete without Sabbath and the crowd erupted when he played ‘Fairies Wear Boots’ and a snarling version of ‘War Pigs’. It may be the last night, but the crowd give every last drop of energy to Ozzy as he passed them tickets to the ‘Crazy Train’.

With Download 2018 drawing to a close, Ozzy had Downloaders moistening at the eyes as the Birmingham boy played ‘Mama, I’m Coming Home’. The classic Iommi penned solo of ‘Paranoid’ had everyone on their feet before the fireworks roared into the sky as ‘Changes’ brought the last night at #DL2018 to an unforgettable end. 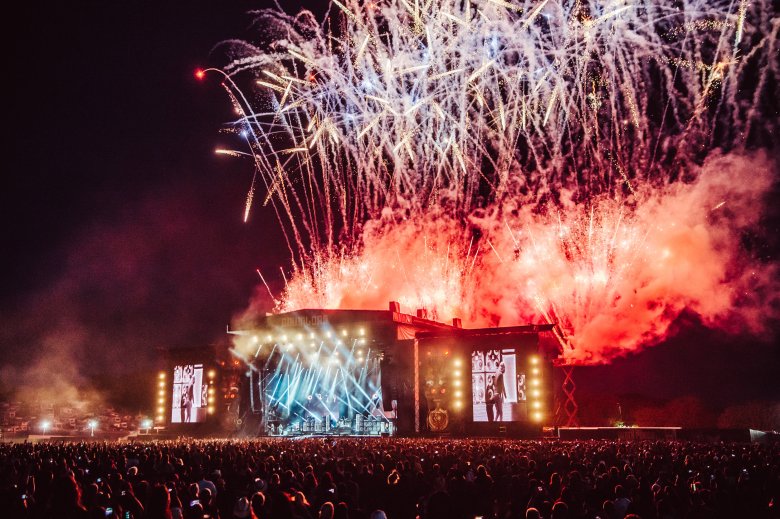