Download 2019 is go, baby! We’re back at our spiritual home of Donington Park and we cannot wait to rock with you this weekend.

On Thursday we showed nothing can come between the Download Fam and having an awesome time.

We hung out with the one and only Andy Copping at the Boardie BBQ, had our minds blown at Circus of Horrors, discovered sick new bands at the Boardie Takeover and had all the LOLs watching comedians Ed Gamble and Jim Breuer.

Read on to relive all of the action.

First up was John Probyn who answered questions about the site and cracked enough jokes to earn him a set on The Side Splitter stage later. When asked by a Boardie if Download Festival will ever be plastic free, JP said it was the “ultimate aim, but we need your help to get there”. So, Downloeaders remember to use the recycling bins, bring your refillable water bottles and your Download reuseable cups!

With JP dashing off to get the site ready for you, it was over to the legendary Andy Copping to be grilled by the Boardies. Asked if WWE NXT Live would continue to return to Download, Andy said the relationship was “super strong” and he hoped it would continue.

Andy revealed that his biggest Download related regret was not being able to have a reformed Pantera play the festival.

Bringing the Boardie BBQ to a close, Andy shared is love for the Download Family and how it’s important that each year we come together here in Donington Park. 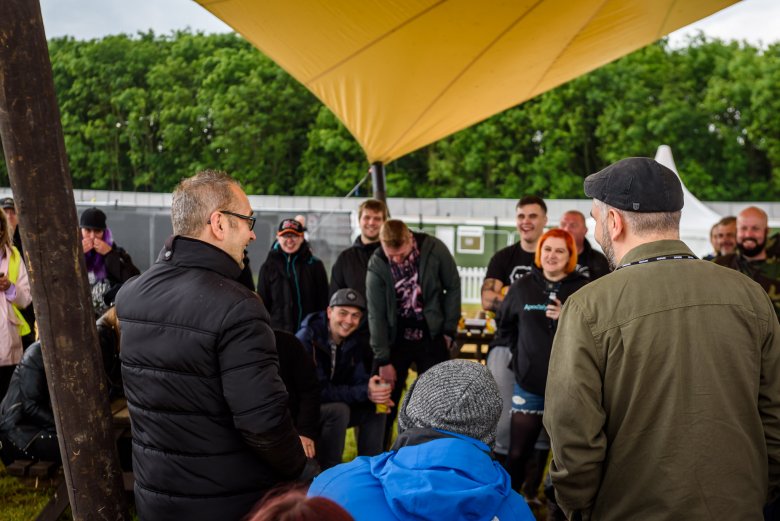 Circus Of Horrors are always guaranteed to put on a sick show and they didn’t disappoint . The performers raised the stakes of doing the limbo by setting the pole on fire and daring to slink underneath it. There was serious-gravity acrobatics and out of this world hula-hooping. The crowd gasped as a performer happily swallowed a whole sword and cheered when another performer played with fire. As always, Circus Of Horrors gave us all the freaky delights we were looking for. 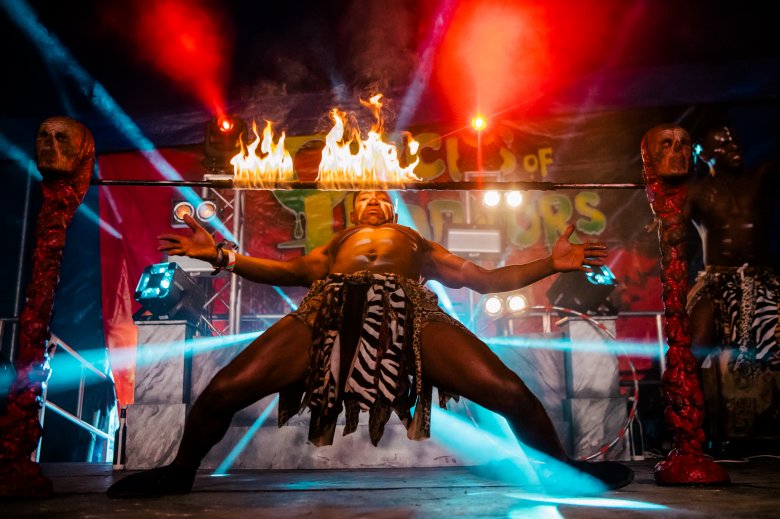 In a tranquil part of the woods near The Village some of the Download Family snuggled up in hammocks to watch Jaws 2 at Metal Movies. On a huge screen everyone was transfixed as Sheriff Martin battled to stop the killer shark claiming more victims in this 70s classic. With films scheduled throughout the weekend, it’s the perfect spot to chill out at Download 2019. 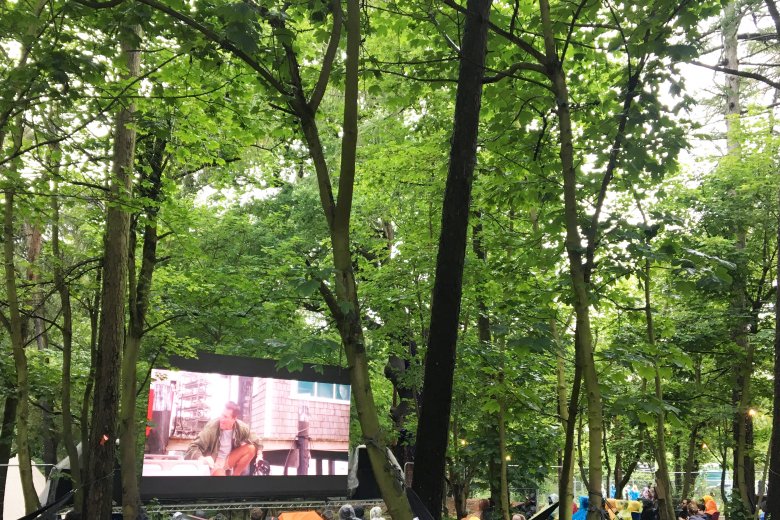 Over in The Doghouse the boardies gave Downloaders in The Village a killer line up of epic new bands. Haxan got the show off to a woofingly great start with furious power chords and ear worm choruses.

Dead Man’s Whisky took to the stage with singer Nico shouting, ‘How the f**k are you Donington?’ The crowd let out a rip-roaring scream to show that rock hard Download spirit. The band unleashed an energetic set chocked full of massive beefy riffs and roaring snarled vocals, that would make last year’s headliner, Ozzy, weep into the wings of a bat in envy.

Next up O Deus took to the stage with singer Amy looking every inch the rock star. With riffs worthy of Rage and melodies as fierce as Halestorm, O’Deus had a winning formula that everyone was lapping up.

The Boardies continued to rock The Doghouse way into the night with performances from Sweet Little Machine, Neshiima, The Five Hundred and TheCityIsOurs. 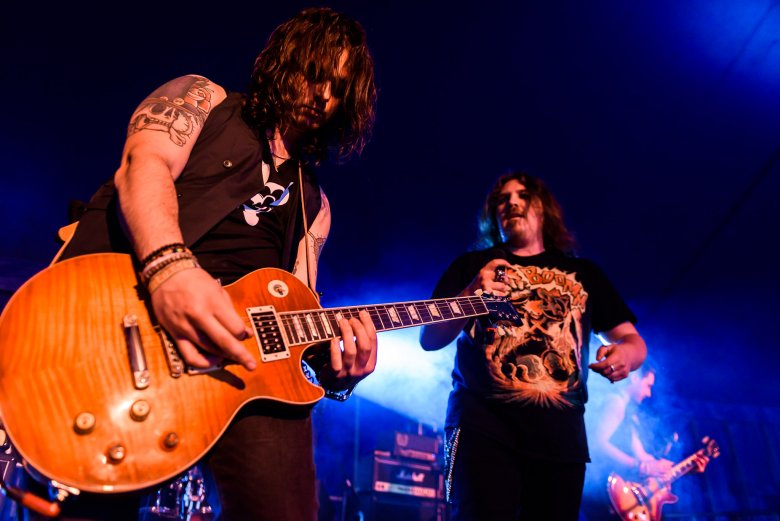 Comedian Ed Gamble took to The Side Splitter stage for the penultimate set of the night after an evening of non-stop comedy. The tent was instantly roaring with laughter as Ed revealed that people get suspicious of him at metal shows as he looks like a “uncover Mormon’.

The jokes were non-stop with Ed making us howl as he shared that he used to be a band with the catchy name, ‘tethered priest’. The biggest laugh came when he expertly stitched together a joke about being diabetic and Nicolas Cage’s mullet wielding film, Con Air.

Ending by telling everyone to go and see Conjurer, Ed Gamble was very welcomed into the warm bosom of the Download Family. 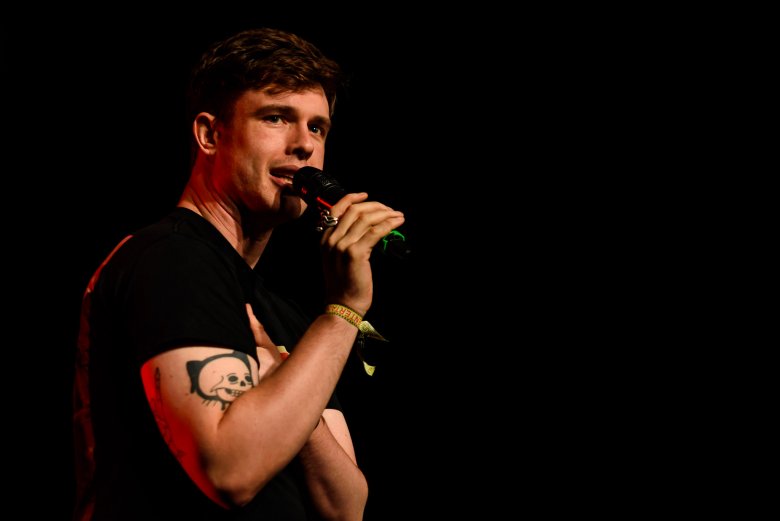 American comedy titan, Jim Breuer, brought The Side Splitter Stage to a victorious close. He had the crowd crying with laughter as he described Slayer fans running for the barrier to extras from Lord Of The Rings.

Reenacting the call he had with James Hetfield and Lars Ulrich where they asked him to support Metallica on tour, the crowd are left in no doubt that Jim Breuer is a rockstar of a comedian. 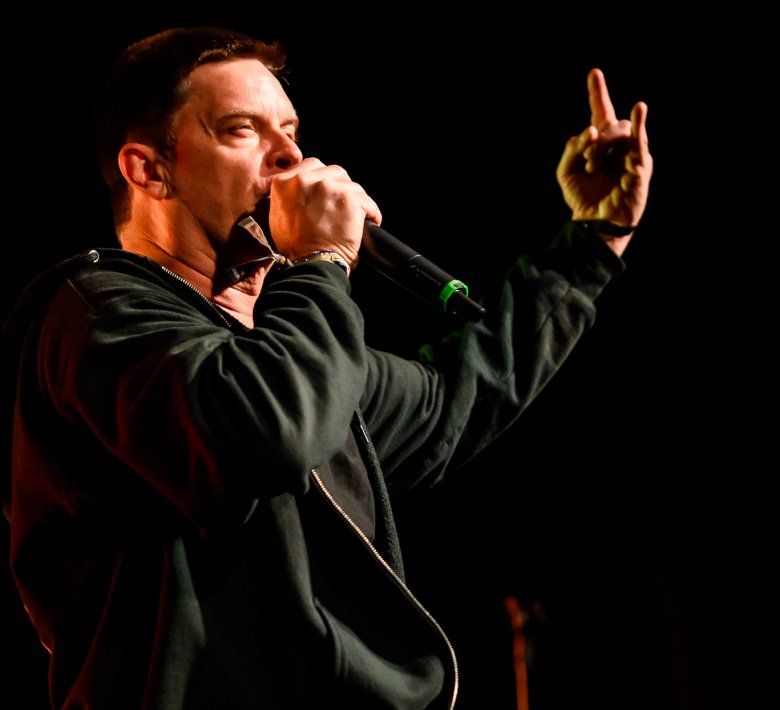