It’s the second day at Download, the sun is shining, and the Download fam is having a blast.

Here’s all the highlights from Thursday, including the Boardie BBQ, live recordings of Sappenin’ and On Wednesdays We Wear Black podcasts, and Punk Rock Factory.

A Download tradition, the Boardie BBQ is where our loyal boardies get together to grill those behind the scenes on what we’re doing to make Download the best it can be. Event Manager John “JP” Probyn was there to take questions. “I’ve got the best job in the world!” he declares, “but I’ve got nothing to do with the line up – so if you don’t like it, blame Andy Copping!”. JP talks through the new changes we’ve made to the campsites, and moving the Village to the Tarmac Lake: “Now it won’t sink in the mud!”.

“Will we get everything right this year? No, because we never do,” he tells the crowd. “But will we learn from any mistakes next year? Yes, because you’ll tell us!”. JP goes on to reveal Download has secured a new 10 year contract for the site (we’re not going anywhere, folks!) and that he’s in talks with the council about securing a new pedestrian route to the site in the future. He then tells a portaloo tale too horrible to repeat here… trust us.

“I think I can speak for everyone here when I say that, after 3 long years, we’re all really glad to be back,” one Boardie states, to mass cheers. We couldn’t agree more. 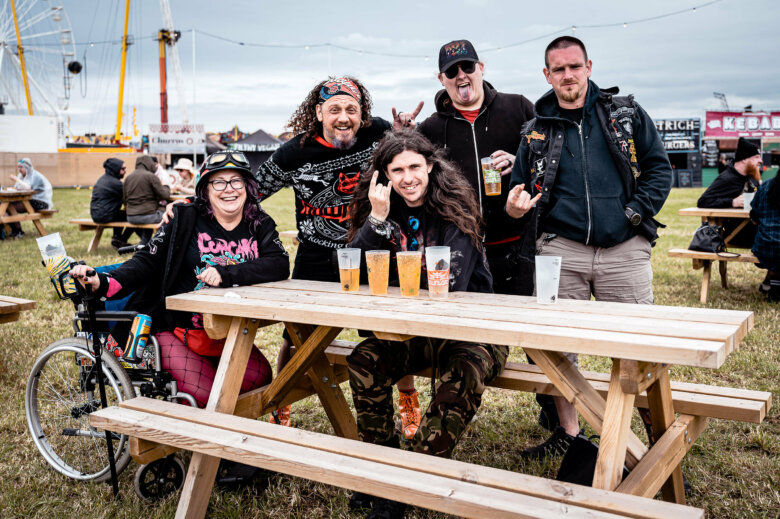 Famous First Words serves as a twist on your go-to karaoke night. If you know the first line, you’re able to go up onstage and perform the track for the crowd. It’s a chance for everyone to feel like a rock star, bum notes be damned. Lucky fans take to the stage with a fire in their bellies, happy to belt out their favourite Linkin Park or Paramore track – the added charm of knowing THEY were first to recognise the song giving them an extra burst of energy. Crowds happily chant along, soaring cries encouraging each fan that takes to the stage – it’s a true sense of family. 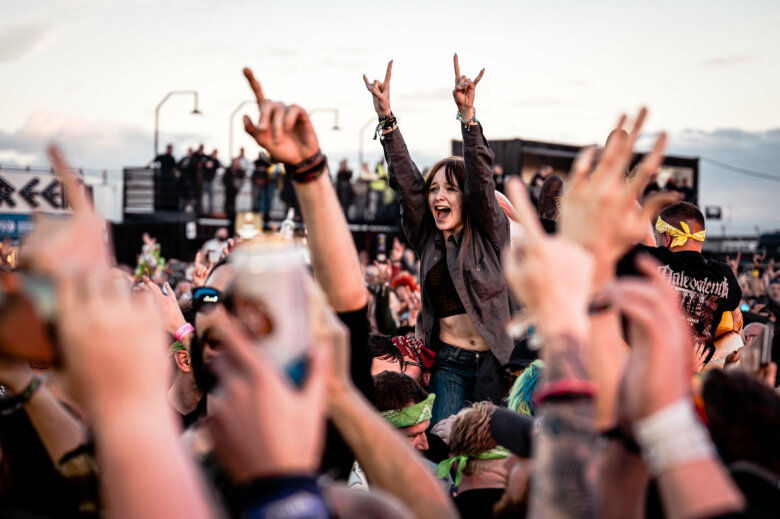 Panic! AT The Bingo

Panic! at the Bingo follows on, delivering with a heavy twist; as the emo-tinged number hints fly out over the crowd (“From Under the Cork Tree… twenty-three!”) everyone is consumed, an air of healthy competition keeping things interesting. Certain tracks even have total songs to lead into the clue – the giddy enthusiasm of singing along to Bowling For Soup’s 1985 is rampant, before the track is cut short and the host calmly announces “… so that’s number 19”. Prizes are equally as fitting. One lucky punter walks away with a travel-sized Mark Hoppus cut-out! Lucky sod. 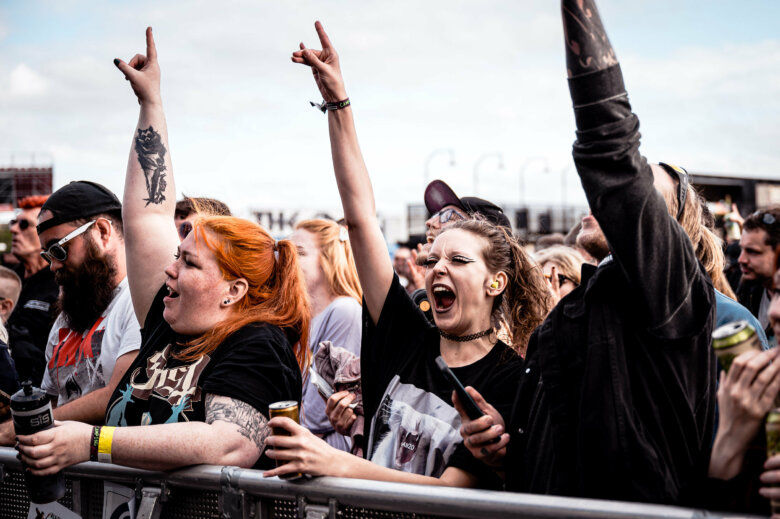 There’s nothing quite like listening to Sean Smith spout out anecdotes about watching musicians poo into plastic bags onstage. The Sappenin’ recording is a hoot, with guests Charlie Rolfe from As Everything Unfolds, Paul Barrow from Death Blooms and Alice Guala from Lake Malice. The Sappenin’ duo tackle the live recording in style, greeting the crowd with a cry of “SAPPENIN’!” before getting them to crowdsurf a guy over to a kebab truck. The group are a delight, discussing their weird first gigs, worst festival memories and the state of the scene. Paul claims that Download is like “Christmas for moshers”- he doesn’t know quite how right he is! 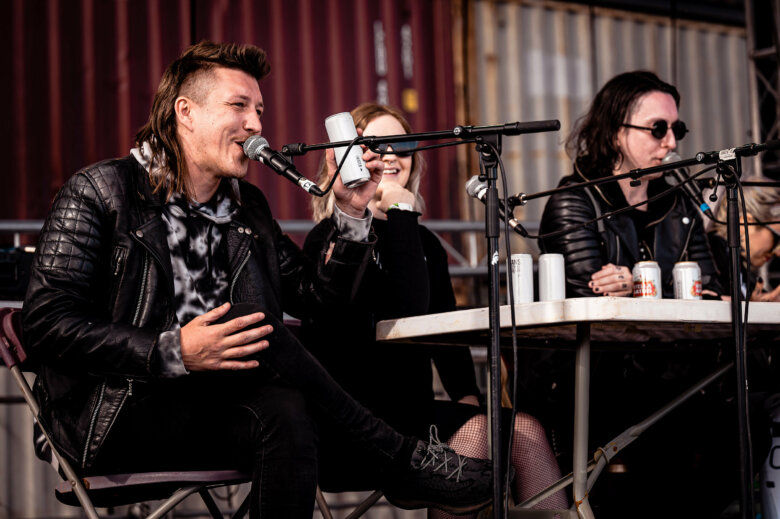 On Wednesdays We Wear Black Podcast

The …We Wear Black podcast recording takes on a more intimate feel, but the enthusiasm from the crowd is the same. “You’re our guests!” Yasmine Summan cries at the start, and that close connection with the crowd is maintained throughout. It’s like having a gossip with your mates in your bedroom – if your bedroom was packed out with hundreds of people, that is. Summan and Sophie K easily charm the crowds, as honest and open as ever despite the eyeballs staring their way. The intimate tell-all energy maintained reveals a lot about the duo – they’re at ease being themselves, and there’s a clear reason why so many resonate with them. 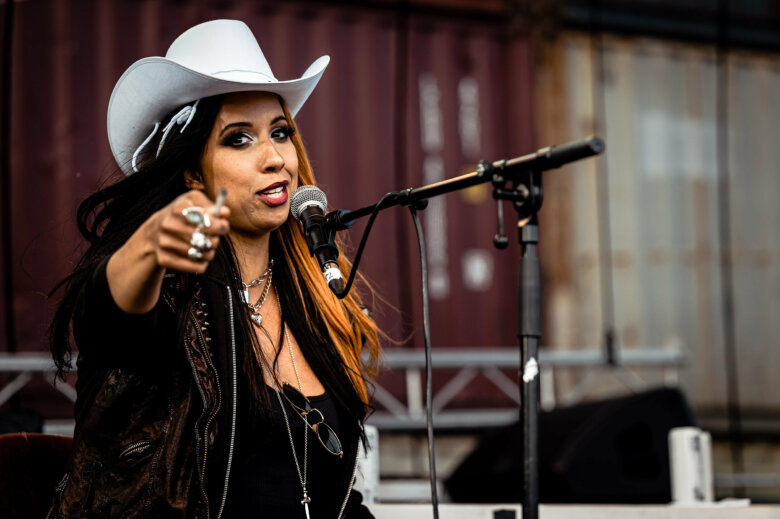 After a day of chatter and laughter, Punk Rock Factory step up to deliver some punk-tinged covers to spice up the evening. The collective make guilty pleasures a little less guilty, knocking out supercharged versions of Disney bangers and cheesy classics. As huge, muscled metalheads scream along to Frozen classic “Let It Go”, or a crowdsurfer soars overhead to We Don’t Talk About Bruno, it’s fair to say that everyone’s more than happy to sing their hearts out. The heaving crowd and multiple pints flying through the air says it all, really – moshers love a bit of cheese. And rightly so! 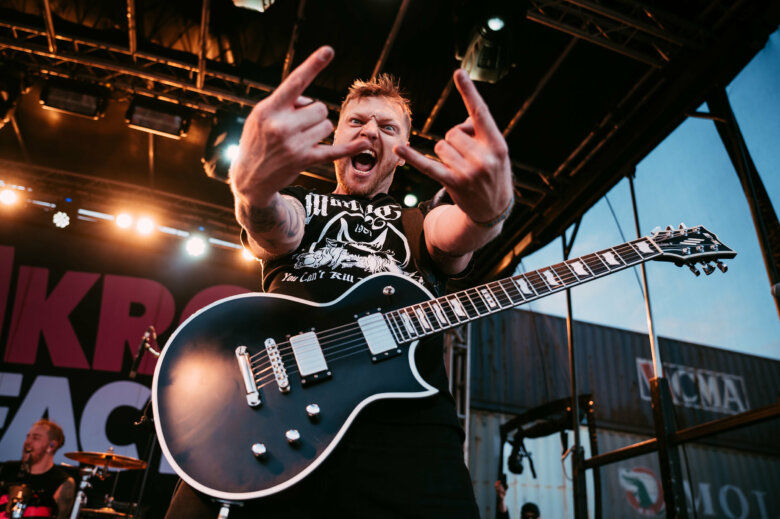 Sets from Trashville and Facedown easily closed off the long day, pints flying and bodies whirling in celebration of the weekend to come. Tomorrow the acts will be starting, and we’re more than ready for them!

Check back here tomorrow for our Friday highlights. 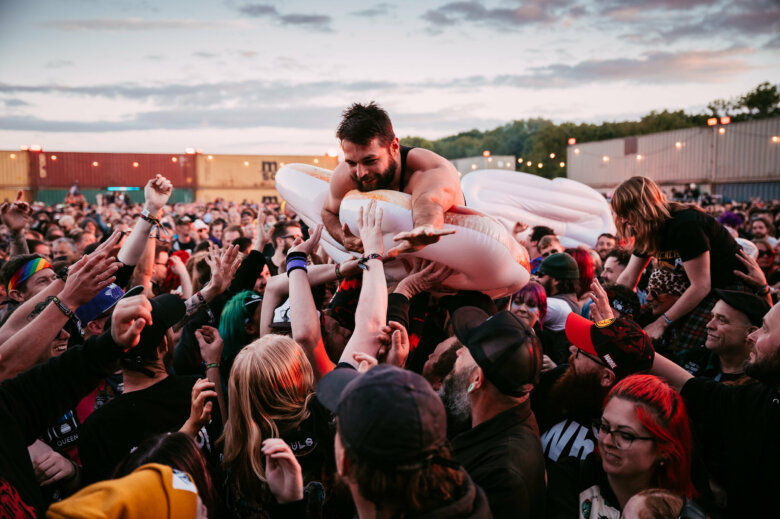 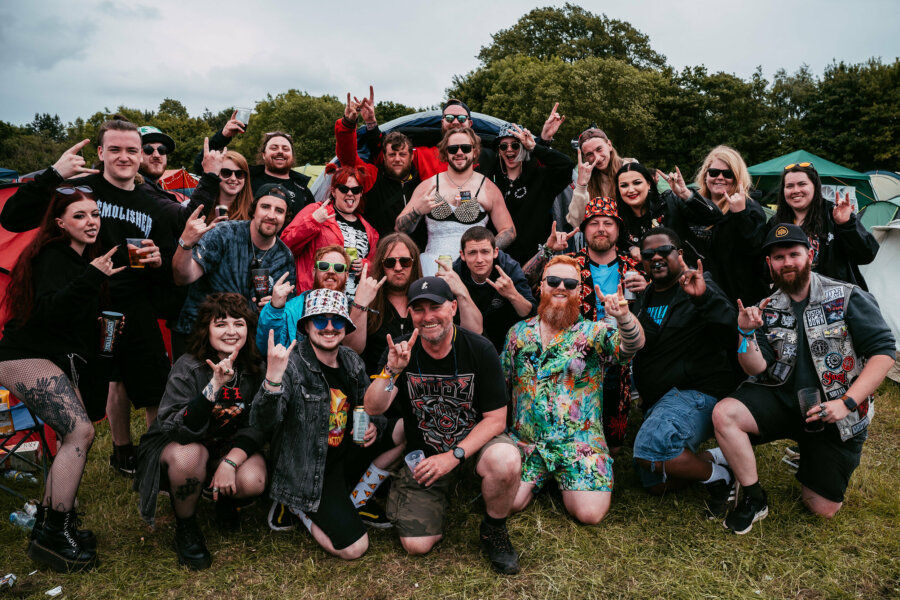 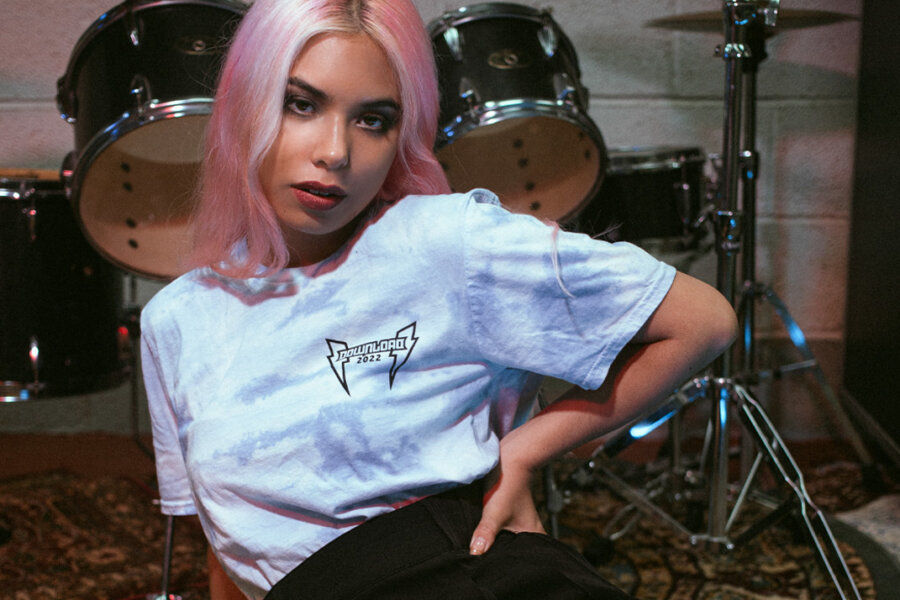 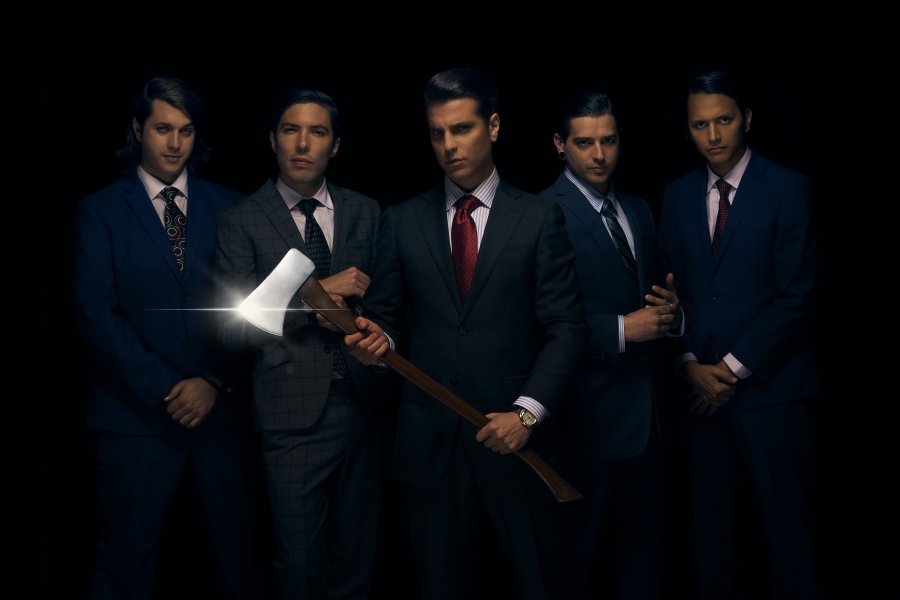