Scouse metal band Loathe have recently made waves with their new album ‘I Let It In And It Took Everything’.

For this month’s Riff Radar, we chat to vocalist Kadeem and guitarist Erik about the creative process behind the album, and whereabouts in Liverpool they’d take the Download Dog for a walk!

Your new album ‘I Let It In And It Took Everything’ has had a TON of positive feedback, were you ever expecting this response?

Kadeem: Honestly, to begin with, we were expecting everything for the album, but obviously when you’re sitting on music for so long you get in your own head and you question it a bit. But the feedback we’ve had so far has just reconfirmed everything we imagined for the album.

Erik: Yeah, we definitely lost sight a few times during the creative process, but to have the response that we’ve had has just kind of shown us we didn’t need to worry, so it’s been really nice.

Erik: I guess it could be whatever to the listener. For us, I think it was just the mindset that we allowed ourselves to be enveloped in during the creative process. We let some thoughts intrude and steer the ship in different ways. It took everything away from us, and then we kind of had to rebuild ourselves, as a group, as a unit.

There’s a lot more clean vocals on this record. What made you decide to incorporate this and is it something you want to continue on future projects?

Kadeem: Absolutely. When we were writing the album we had a lot of light songs and a lot of heavy songs… it wasn’t really planned, it just kind of came naturally when we had the songs and I was like, “I’m obviously not gonna scream over this – I better get to singing!”.

What songs from the new record are you most excited to play live?

Erik: I think collectively for all of us, ‘Broken Vision Rhythm’ is one we really wanted to play live because it has our friend Harry on it. On (our most recent tour), his band God Complex are supporting and it’s just been sick to have him up every single night and do his bit in the song. For me, the title track was one I was really looking forward to playing live, it definitely doesn’t disappoint.

Kadeem: It’s the first time that me and Erik have had like a call and response singing part, where we’re just fully immersing ourselves in the song. It’s such an amazing experience to play live.

You’ve said before that Deftones are a big influence on you, how does it feel to be on the same bill?

Erik: It’s just weird. It doesn’t feel like we’re on the same bill, you know? Because they’re right up there and we’re down here haha. But just the entire festival is filled with so many amazing bands, it’s a privilege.

What can Downloaders expect from your performance?

Erik: Energy. Atmosphere. A show. Hopefully something different to any other band on the line up. We’re really trying to stand out, be the one to remember.

Who are you looking forward to seeing on the Download line up?

Kadeem: Funeral For A Friend.

WWE NXT UK is coming to Download! We’ve seen you guys are into wrestling – what would your wrestler name be?

Erik: The Bick. My last name’s Bickerstaffe, so…

Kadeem: Mine would be Big Daddy K.

If you could cover a song from one of our headliners – KISS, Iron Maiden or System Of A Down – what would you cover?

Erik: ‘Bounce’ by System Of A Down.

If you could take Download Dog somewhere in your hometown where would you take him to?

Erik: Other than that, Sefton Park, so he can have a bit of a run around.

Kadeem: Or the cathedral.

Lastly – what would you do if you weren’t afraid?

Kadeem: Make an album like ‘I Let It In And It Took Everything’. 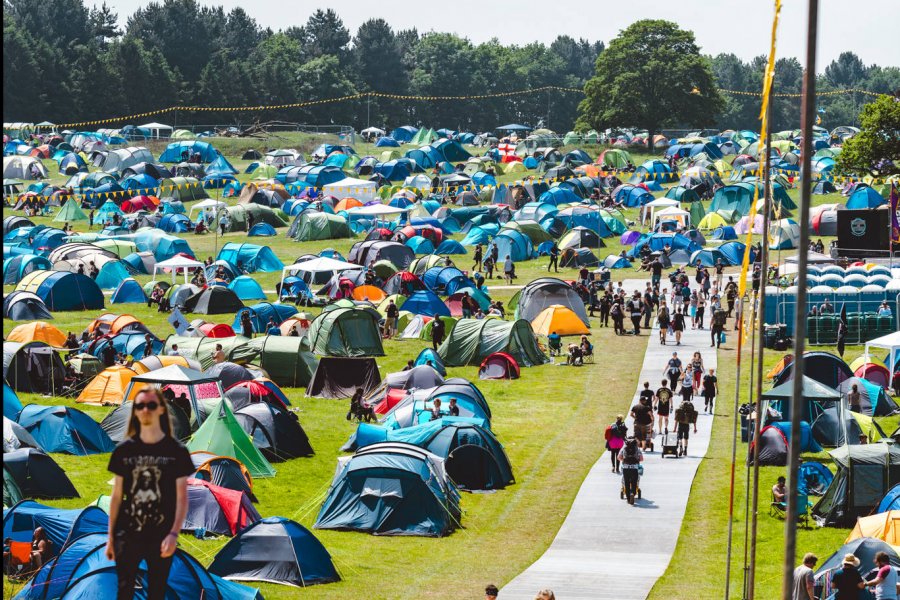