Horns up if you miss Download 2019?! We do. Hanging out all weekend with your mates, rocking out to your favourite bands… surely it’s the only way to spend summer.

Let’s relive all those awesome memories again as we count down the Top 10 Epic Download 2019 moments.

Slipknot delivered an unforgettable set on Saturday night that will surely go down in Download history. Corey Taylor and co were clad in all new masks, and stormed through a set list packed with hits, from classics like ‘Spit it Out’ and ‘Duality’, to newbies ‘All Out Life’ and ‘Unsainted’. Without a doubt, it was the stuff of legend. 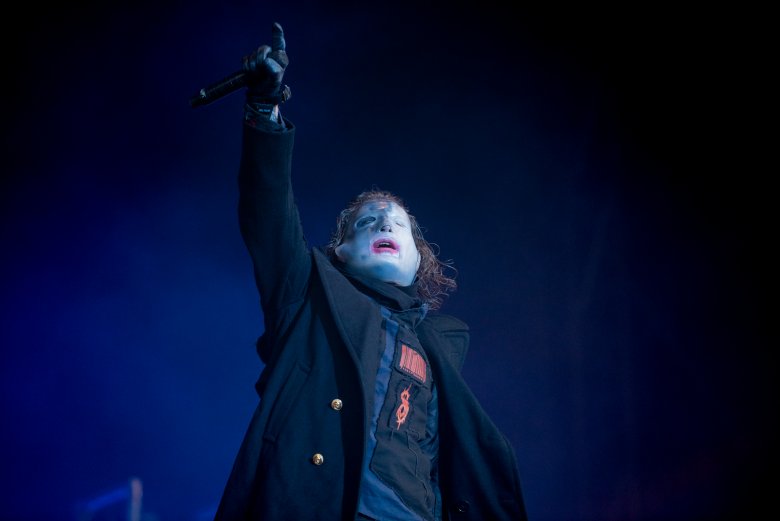 Everyone’s favourite Viking metallers, Amon Amarth, arrived on Sunday and unleashed the Berserker on site. They put on a show to remember as they knocked the production out of the park – with a giant Viking helmet, plenty of pyro and a huge dragon – and had us all moshing hard to ‘Raven’s Flight’ or ‘Raise Your Horns’.

Slayer‘s headline set was, of course, bittersweet. Whilst, it was an awesome show, it’s also the last time we’ll get to see the thrash metal legends play in the UK. Amassing possibly one of the biggest crowd the Zippo Encore Stage has ever seen, we headbanged our hearts out for the last time to ‘South Of Heaven’, ‘Seasons In The Abyss’, and ‘Raining Blood’. Sob.

The Friday night headline set from Sheffield rock icons Def Leppard was always going to be something special. Playing their classic 1987 album ‘Hysteria’ in full we sang our hearts out along with Joe and co to their biggest hits, like ‘Love Bites’, ‘Animal’, and of course, ‘Pour Some Sugar On Me’.

All together now: “step inside, walk this way…” 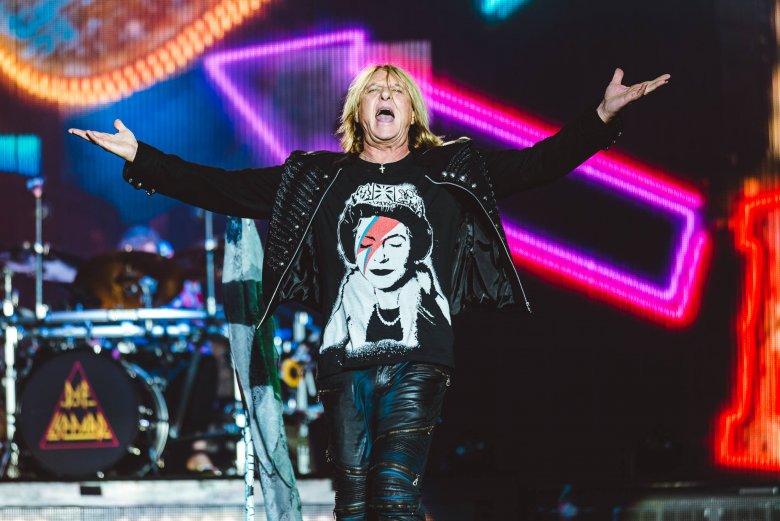 WWE have had a home at Download since 2016 – but this year marked the debut of WWE NXT UK LIVE, PLUS the matches were filmed for the WWE Network for the first time. The WWE NXT UK Live tent also moved to a new location near the famous Download big wheel and was packed all weekend as we watched stars like Pete Dunne, Toni Storm, and Walter throw down.

In a UK festival exclusive, Simple Creatures – aka Mark Hoppus and Alex Gaskarth – blew the roof off the Avalanche Stage hosted by Kerrang! Fresh Blood. There were lasers galore as the dynamic duo powered through their self-proclaimed “trash pop” anthems, like ‘Drug’ and ‘Adrenaline’. They even threw in a brilliant cover of Depeche Mode classic, ‘Personal Jesus’. 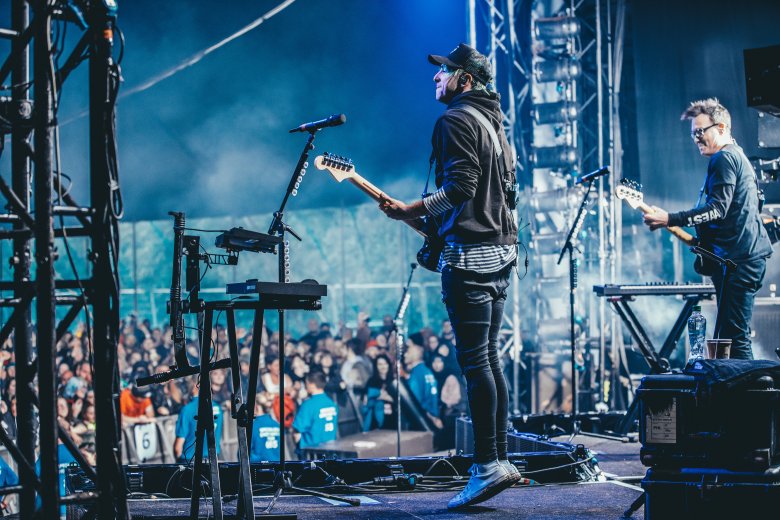 Having formed in 1999, this year marks 20 years of Trivium and 14 years since they made their Donington debut. Frontman Matt Heafy still credits Download 2005 as the gig that put the band on the map and they showed just how far they’ve come with a rager of a show. From ‘Like Light To The Flies’ to ‘The Heart From Your Hate’, it was a career-spanning set that showed no sign of slowing down. 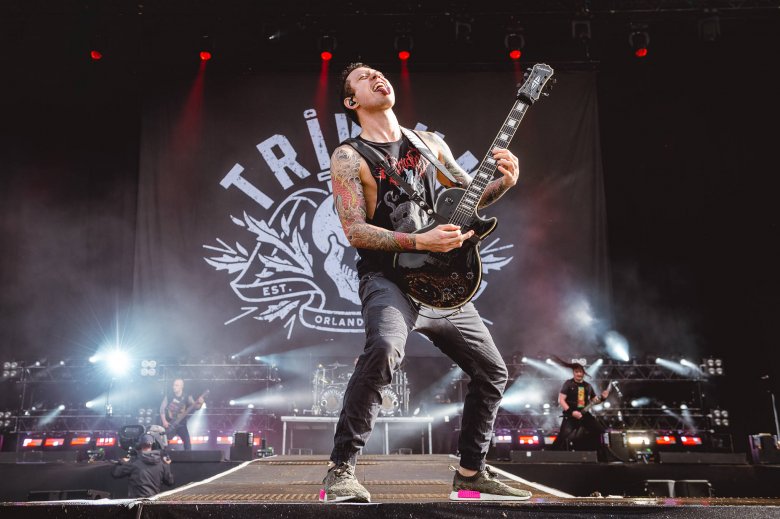 Friday meant it was time to don your top hats and sunglasses for the one and only Slash, accompanied by Alter Bridge’s Myles Kennedy and The Conspirators. They took us down to riff city with the likes of ‘World On Fire’ and ‘Anastasia’, as well as a cover of Guns N’ Roses ‘Nightrain’ that gave us serious DL2018 throwback vibes. 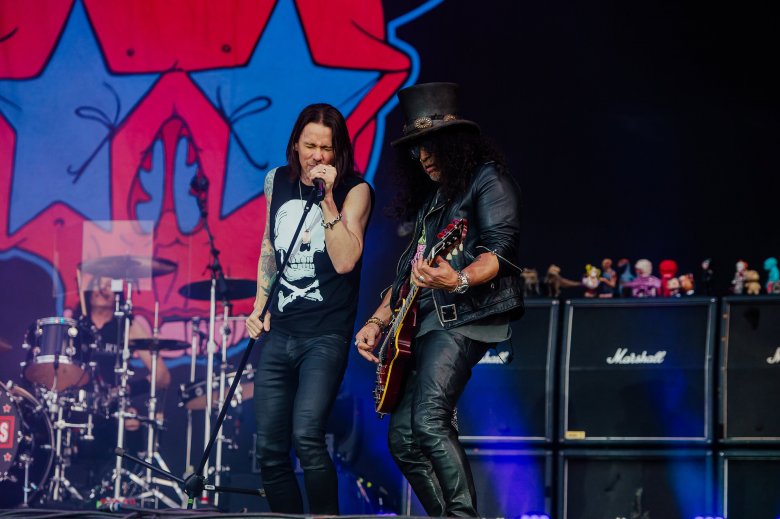 9. the ultimate shred-off at the uk air guitar championships

Back by popular demand was the UK Air Guitar Championships, where Downloaders rocked out head to head for a chance to compete at the World Final in Finland. After some serious air-shredding in a nail-biting final, contestant Two-Faced Mary was crowned this year’s winner by a panel of judges, including Rev Dr Clive Jackson from Doctor & The Medics. 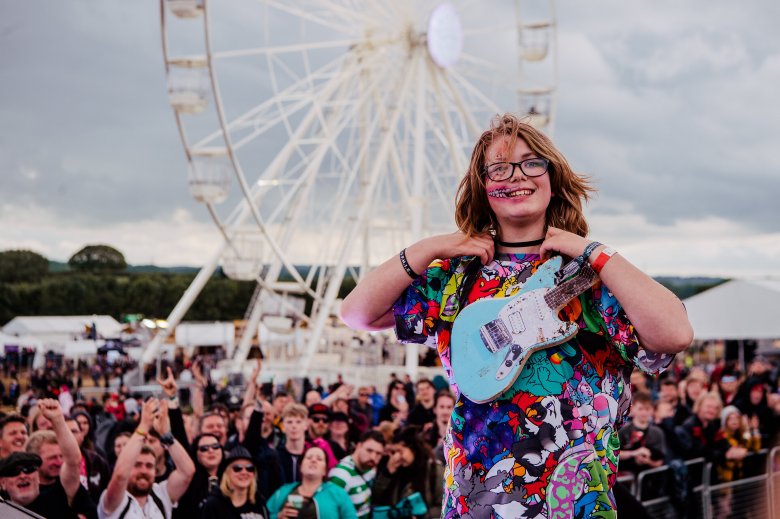 10. the mighty tool return after 12 years

The honour was all ours as Tool played their first show in 12 years at #DL2019. They closed the Main Stage with a spellbinding performance that was as mysterious as the band themselves.

Notorious for being camera-shy, we were treated to dazzling visuals across the screens during the likes of ‘Schism’ and ‘Stinkfist’ as Maynard James Keenan’s voice boomed across Donington. Truly stunning. 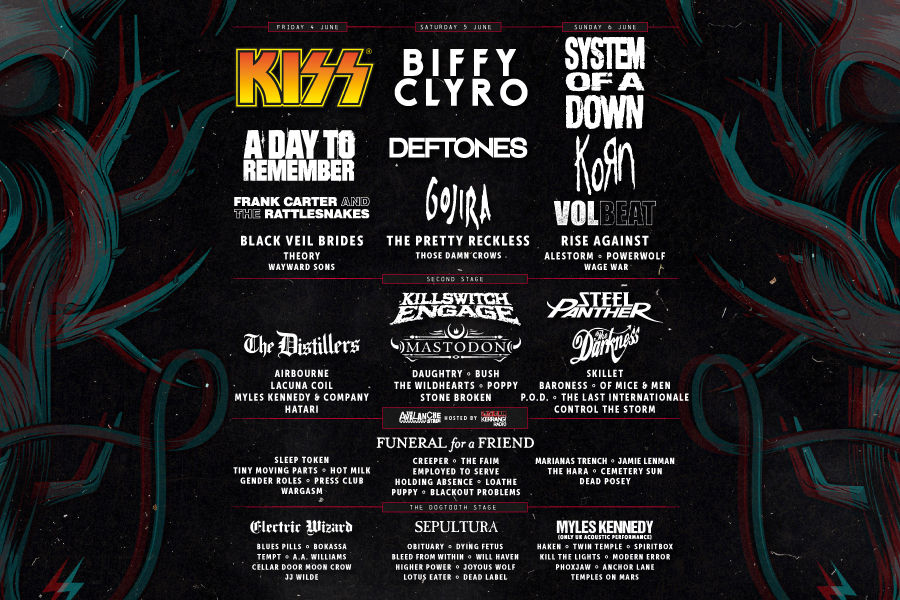