In 2003, Donington Park had played host to music events for over 25 years when the Download Festival was first conceived. The spiritual home of rock was seen to be a perfect location for a 21st Century evolution of the rock event – Monsters Of Rock had been a staple of the 80s & 90s and in 2002 the Ozzfest proved that there was an appetite for a new event at the venue.

So the Download Festival was born. A 2-day event with 2 stages on the hallowed ground! With Iron Maiden and Limp Bizkit booked as headliners the bill was packed with the best that rock had to offer with Marilyn Manson, Audioslave, Disturbed, Ministry and many others, including little-known band The Darkness making one of their first festival appearances way down the bill. Download even hosted a skate/punk festival -Deconstruction – on its second stage for the second day featuring NOFX as a headliner. 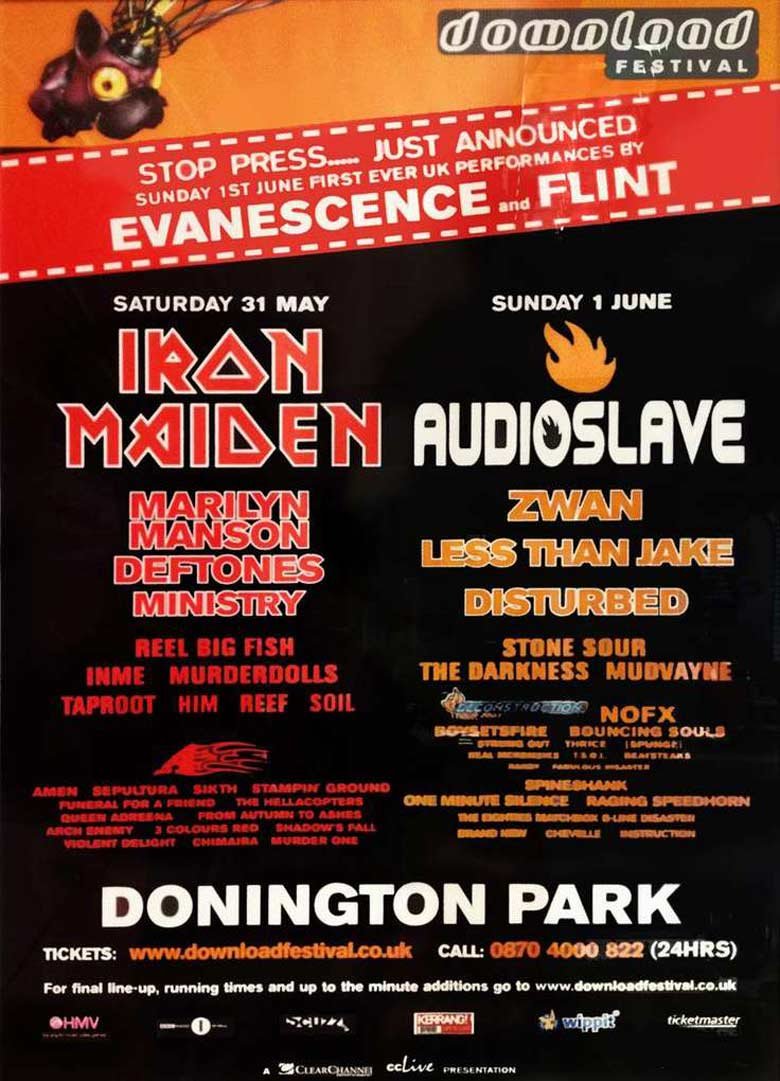