2011, this year’s surprise reformations were System Of A Down who came back to headline after a six year hiatus, and The Darkness reforming and performing at Download for the first time since 2003. The classic rock day made a move from Sunday to Friday with Def Leppard returning to top the bill for the opening night over such luminaries as Black Stone Cherry, Duff McKagan’s Loaded, Alter Bridge and a reinvigorated Thin Lizzy featuring former The Almighty frontman Ricky Warwick filling Phil Lynott’s shoes. Avenged Sevenfold, Skunk Anansie and Down gloried in the sun, with Bullet For My Valentine, Disturbed and Bowling For Soup having to contend with less than favourable conditions. 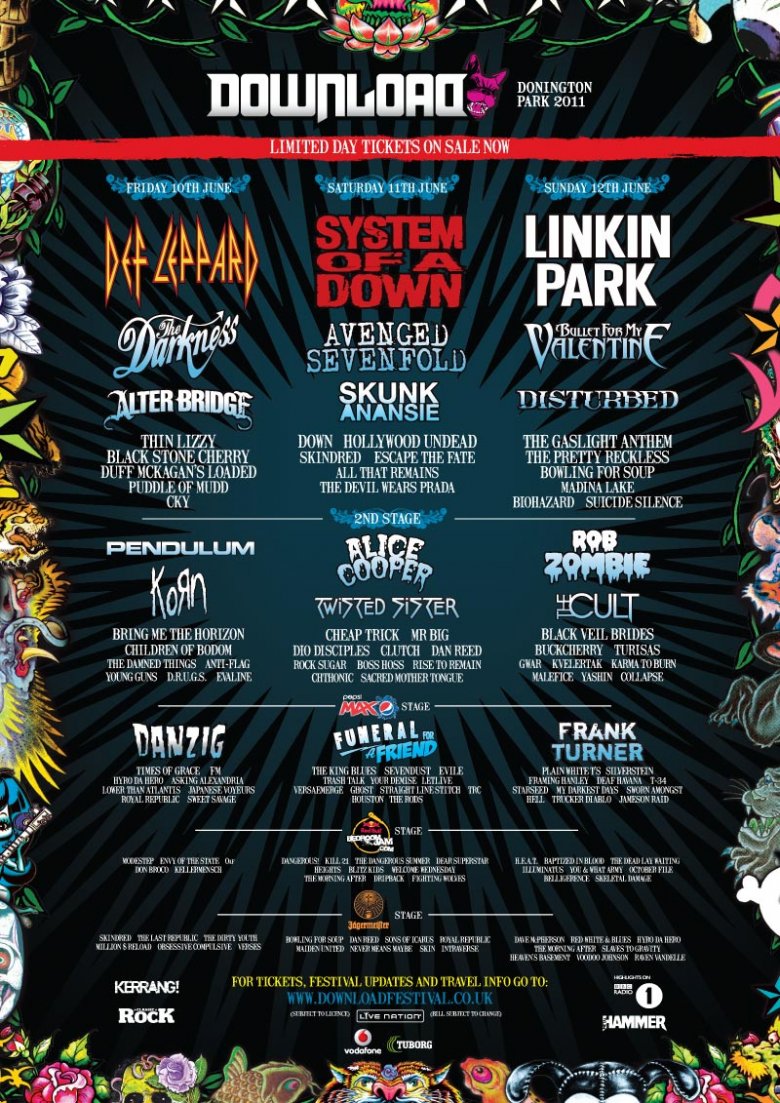